Soft chewy sweet marshmallows are kids all-time favorite. It is a type of confectionery which is mostly made of sugar, water, and gelatine. You might sometimes get surprised to know that the ingredients are almost the same as that of some candies. This is the point where a question arises in everyone’s mind- ” are marshmallows considered candy?”

Well, Yes most of the people considered Marshmallows as candy. Even you can find out why people accept it as candy. It contains a large amount of sugar, water, and gelatin. But the flour and corn starch makes it a matter of debate. In this article, we will talk about the points that can help you to find out whether marshmallows a candy or not.

If you are a candy lover or a marshmallow lover, you must have a different taste. You must have your own way of eating marshmallows. Some like it roasted, some like it raw, it tastes amazing with hot chocolate and also with brownies. Everyone has their own way, their own taste and there is no rule to eat a marshmallow. So eat it as you like. 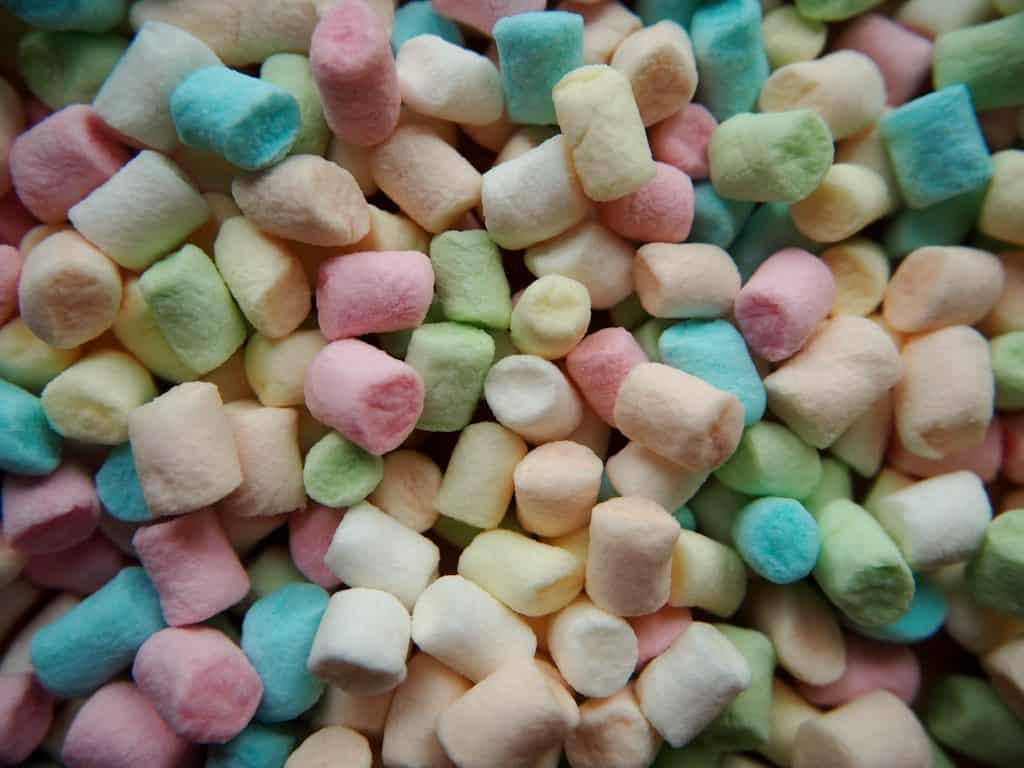 yes! Marshmallows are considered as candy. It is considered because marshmallow is also a sugar confectionery. But the question is- are marshmallows really candy? There are some defined points that make something candy.

All hard sweets are not necessary to be candy. On the other hand, all soft sugar confectionaries are not candies. To know the exact answer to this question, we need to find out the points that make anything candy.

Is Marshmallow a candy?

At the very beginning, marshmallows are made of marshmallow plant root or sap. The marshmallow is a medicinal plant and is very helpful in curing cough and throat related problems. It was considered as a royal medicine and was used mainly for royal families.

Now, marshmallows are made of lots of sugar. There is no doubt that it is one of the yummiest confectionaries. But the use of sugar cannot make it candy. The modern version of marshmallow contains water gelatine, sugar, and corn starch.

Although, marshmallow has many other culinary uses but, some people like eating them right out of the package. People eat marshmallows as they eat other candies too. That’s what calling a marshmallow candy is controversial.

Even after these people consider marshmallows as candy. The reason is that today’s marshmallow contains lots of sugar in it and it has very little or almost no health benefits.

What makes marshmallows different from candy?

The process of making marshmallows makes it different from candies. Cooking process plays and vital role in making marshmallows or candy. The timing and the steps of cooking can give you a big difference in the result. Changes in color, texture, and taste can make totally different things. It is very important to take care of proper timing, temperature, and order of steps during cooking time.

The process of making marshmallows is totally different from that of candies. Basically, gelatine is cooked with sugar and corn syrup. Then it is whipped to fill in the air when it gets cool slightly. And, in the end, some people like to sprinkle corn starch or even powdered sugar.

But in the old days, marshmallow is used to make a substance that is extracted from the marshmallow plant. The root of the plant was crushed and powder is mixed with water to make the gel.

But the process of making candy depends on the type of candy you are making. For hard sugar candies- sugar is boiled for crystals. Then added flavors and colors and cut it in a candy shape. Whereas, gummy candies are mostly formed by cooking gelatin and sugar. And candy bars are a combination of sugar caramel, nuts, butter, and even chocolates. 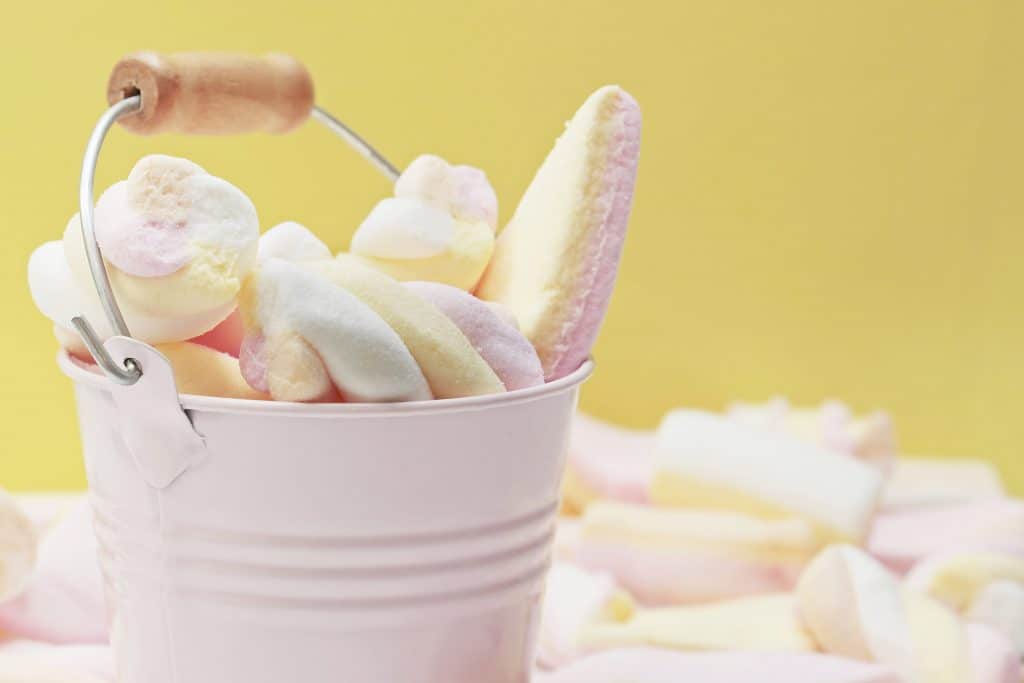 The conclusion is – marshmallow is not a candy. We turned it into candy and eat it like candy. We cook gelatine wi0th lots of sugar water and corn starch and whipped it to a puffy consistency. This marshmallow can be considered candy only because it contains a high amount of sugar in it. But if you are eating traditional marshmallows, you can’t call it candy as it contains plants flour and honey instead of sugar.

Whatever is the process of making, I call it marshmallow. You can definitely call it candy buy we all know how different it tastes. It is a sweet, puffy, yummy confectionary which we all love. No matter you are a kid or an adult marshmallow brings a big smile on your face each time you put it into your mouth.

link to All About Pringles: History, Flavors, FAQ, Images

Today we are gonna talk about Pringles. I know it's a big brand now and has more than 165 flavors selling over a dozen different countries. Still, Pringles is a true American chip. It is a first of...

What is Takis?- Barcel Takis is a popular Spicy Mexican Snack. It is a variant of Tortilla chips with lots of flavors. Takis is a Rolled Corn Tortilla chip. It first came into the Mexican market in...